On Saturday, September 14th the Central Lyon 7-8 Band once again made the trip up to Worthington, MN for the King Turkey Days Parade.  This is the TWELFTH consecutive year that these middle schoolers have marched outside of the community.  Prior to the parade the students had put in many hours practicing their music and marching around the neighborhood.  This year, just like the last few years, the middle school band students were required to memorize their marching song.

Central Lyon was one of two middle school bands to march in the parade and one of ten total bands to attend.  The band students marched a mile long parade route with the BEST weather we've probably ever experienced at KTD, cloudy, windy, and cool!  This year their marching song was "Ghostbusters"!

This year the Central Lyon Middle School Band scored considerably well with the judges and took 1st out of the two middle school bands!  AND, out-scored FOUR HIGH SCHOOL BANDS!!!  I cannot begin to express how impressive that it! 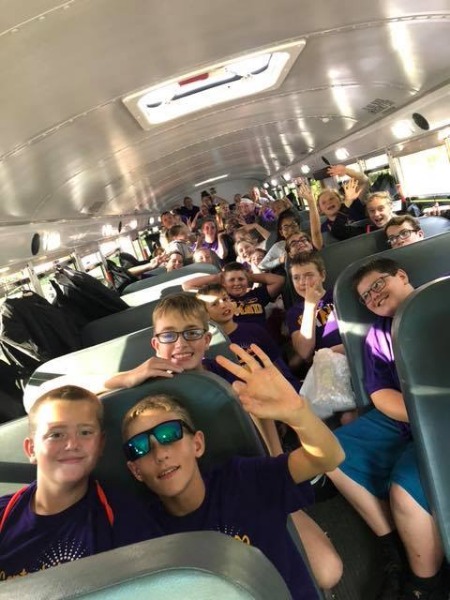 As always, after our hard work in the parade, we get to celebrate by hitting the carnival for food, AND this year there was even a DJ!  Our 7/8 Middle School Marching Band knows how to BUST A MOVE!

Congratulations to the CLMS Marching Band on a phenomenal start to the marching season!  I am VERY proud of our performance!  Go Lions!