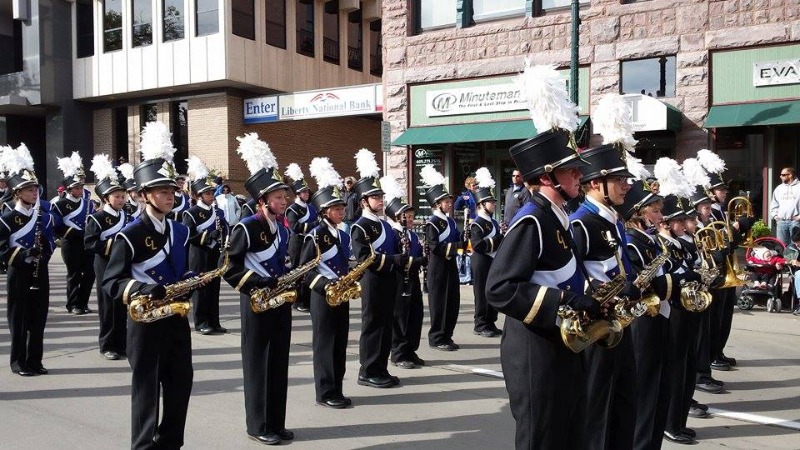 The parade featured 31 bands down an 8 block stretch of Main Ave in Sioux Falls.  The volunteers were out in full force to make this an exceptional event for everyone involved! 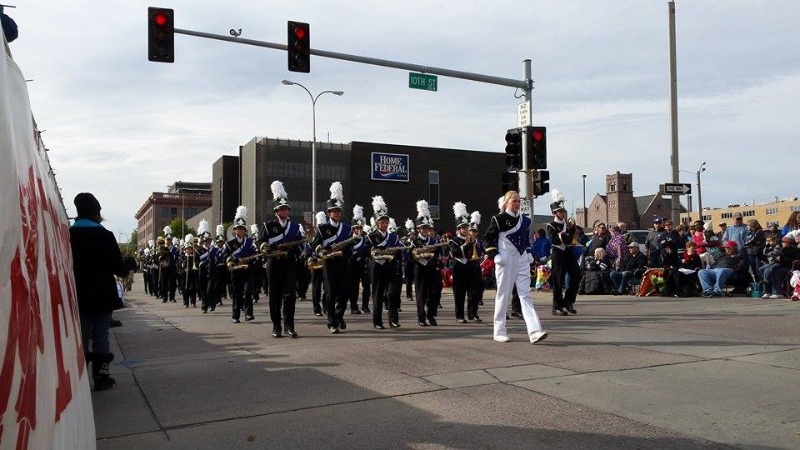 Our Middle School Marching Band lined up at 9:30am after making a quick pit stop at Yankton Trails to check uniforms and hats.  After warming up their instruments, the talented middle school waited their turn to perform for the cheering crowds!

Although it was a cool morning our fans were out in full force!  What an incredible support system we have for these hard working students!

The band performed James Bond Theme and surprised the judges with their Park & Bark at the end.  The students out-performed several bands on Saturday and made quite a few heads turn and people ask, "Wow, that was a Middle School Band???" Congratulations CLMS Marching Band - you were phenomenal!!!

After our performance, the band students bundled up in blankets and hats, and watched the end of the parade - cheering for the larger high school bands.  After the parade, we headed to Falls Park for a neat photo opportunity and some snacks.  Thank you Larry Goebel for your donation of apples and bottled water!

It has been a REALLY Fun marching season and I'm very proud of the hard work, responsibility, and focus these young students have shown.

Congratulations Band - you did AMAZING!

One more marching performance will take place THIS FRIDAY night, October 9th.  We perform the Mass Band Show during halftime of the football game!