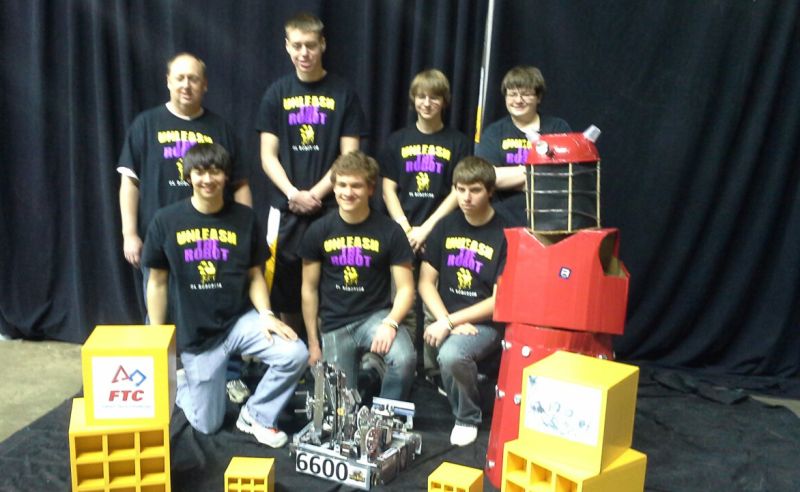 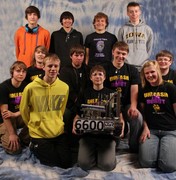 The varsity robotics team qualified for state by captaining the winning alliance at the West Des Moines qualifier.

The Central Lyon Robotics varsity team (The Ballen Pretzels) won first place at the FTC-Iowa Championships on Saturday, February 22, as a member of the winning alliance. The team initially faced some challenges and won only three out of six qualifying matches, but still made it into the finals. After forming an alliance with two other robotics teams, The Ballen Pretzels, along with their alliance, defeated the 2nd ranked alliance in the division, and then the 1st ranked alliance. The alliance then went on to defeat the winning alliance from the other division, remaining undefeated as an alliance, finishing with a spectacular double hang, and winning the 2014 state championship by over 60 points. They qualified for the super-regional championship April 3-5.

72 teams from 15 states competed in the FTC North super-regional. Central Lyon won 5 out of 8 qualifying matches and ended up ranked 7th in their division. 12 teams from the division were selected for the finals, with the top 4 each choosing 2 more alliance members. In a stroke of bad luck, the Ballen Pretzels were not selected for an alliance, and therefore did not compete in the finals or qualify for the world championships. However, it was calculated that they were in the top 1.4% of all FTC teams in the world.

The game this year, "Block Party," consisted of an autonomous period in which the robot found an infrared beacon on its own and placed a block into a basket using preprogrammed instructions, and then a driver-controlled period in which the goals were to place blocks into baskets, raise a flag, and grab a bar and pull the robot up onto it (hanging). 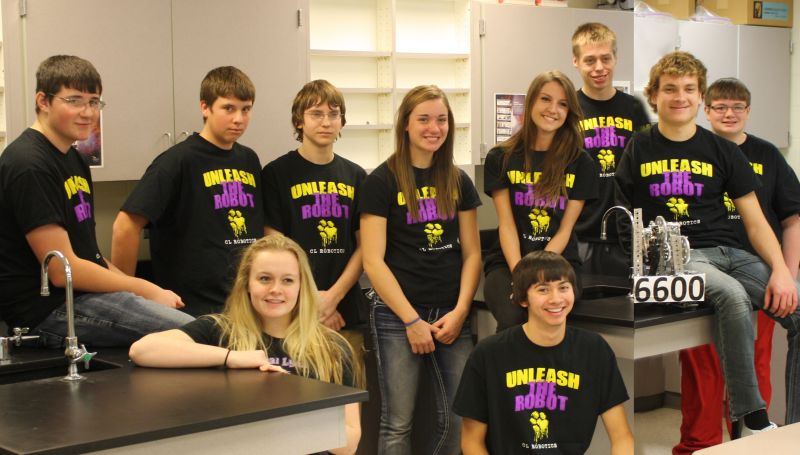 Central Lyon also had a JV robotics team this year. The JV team made it to the finals at the Sergeant Bluff qualifier, but did not advance to state.