Current conditions as of 24 Feb 19:35 pm CST
Tonight
A slight chance of snow before 11pm, then a chance of flurries between 11pm and midnight. Partly cloudy, with a low around 20. West southwest wind around 5 mph. Chance of precipitation is 20%.
Thursday
Sunny, with a high near 42. West wind 5 to 10 mph becoming west southwest 10 to 15 mph in the afternoon.
Thursday Night
Mostly clear, with a low around 24. Breezy, with a south wind 10 to 15 mph increasing to 20 to 25 mph after midnight. Winds could gust as high as 30 mph.
Weather forecast provided by weather.gov.
Search
Main Navigation

The lady with the rainbow crocs!
An excellent show of school spirit!
A dude with flair!
A pleasant person!
Someone cool!
She has false eyelashes!
Her eyes are closed now! 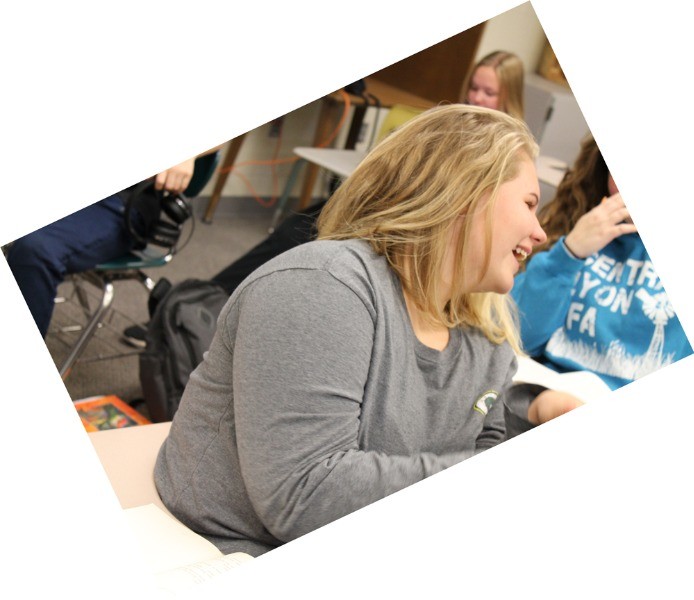 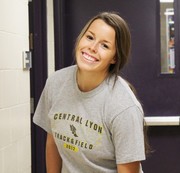 The lady with the rainbow crocs!

I, Isaac Yeager, fashionista, have done a deep-dive into the fashion of students and teachers here at Central Lyon High School.

Beginning last year, I've seen the most horrible trend emerging. Mullets. They do not look good boys! Long hair on men is fine, and can, if groomed properly, be incredible. If you do want to grow your hair longer, for men, I would suggest parting at the middle, and pushing the hair back. From there, you can let it flow down, or you can tie it in a ponytail at the back. Use a broad-toothed sandalwood comb for grooming. Brush your hair frequently. Now, keep in mind that when growing your short hair longer, there can be an awkward phase or two where it's too short for some styles, but too long for others, and you don't really know what to do with it. If you want to know just how good it can look, check out Cody and Kyle from the YouTube channels Codyslab and Kyle Hill respectively. The magician Chris Hannibal, and the swordsmith Michael Cthulu also have wonderful long hair. Long hair can work just as well for men as it does for women.

I have heard, from a hopefully reliable source, that fake eyebrows and eyelashes are common among women. I believe the next step is

I've also heard that platinum hair is popular. I've always wanted to dye my hair a deep summer green. What if we ditched hair altogether and instead wore extravagant hats? I'm talking 20 gallon cowboy hats, serious Dr. Seuss levels of craziness. Alas, this is not an article on speculative fashion. If you'd like one, don't be afraid to ask. Now, gossip alone is hardly enough to really know what's going on with fashion these days, so I took to the halls, bothering anyone and everyone I could find.

A common answer to my question of "why do you dress the way you do," was, "leave me alone." Many were, at first, annoyed by my picture-taking. Those who were interested in an interview said that they dressed the way they did mainly because it was comfortable. An interesting reply was: It’s cheap and trendy. Though to be honest, I don’t know what trendy is. It is a concept far outside of my realm of comprehension. One student wore rainbow crocs, though, to be honest, they could've done with more colour. A boy I encountered said that he only dressed that way because those were the clothes that his parents had chosen for him.

Many people dressed based on affiliation with certain groups. Many sports fans wore jerseys, and many of the staff wore clothing packed with school spirit! Personally, I'm not one for school spirit. In fact, I'm not particularly enthusiastic about much of anything. During Homecoming week, I encountered many interestingly dressed people. I certainly wouldn't complain if we dressed this way all the time. People dressed as hotdogs, doctors, and all sorts of other characters! I even saw a girl with 5 INCH HIGH HEELS! These things were HUGE. I would imagine them to be quite difficult to stand on. Though, I must admit, If we did dress up like that all the time, it would devalue the experience of doing so.

Fashion is a complex and ever-changing concept. Fashion is an invention of the fashion industry to control what you buy. Don't fall prey to capitalism. Dress the way you want to dress. Individuality is something that can never be taken from you.