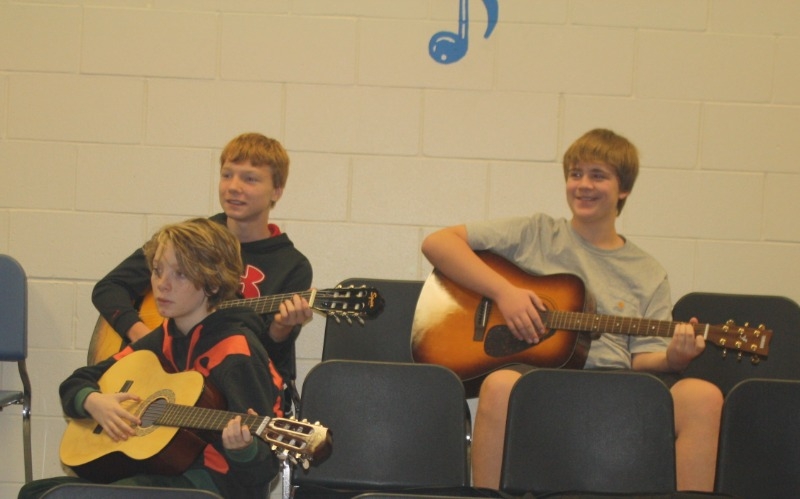 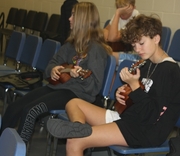 Middle School students are learning something new during the 2021-2022 school year at Central Lyon. The new unit is called Seventh Grade Rock Band taught by Mrs. Langholdt. The rock band meets every day during first hour for all seventh graders, where they learn to play a variety of instruments.