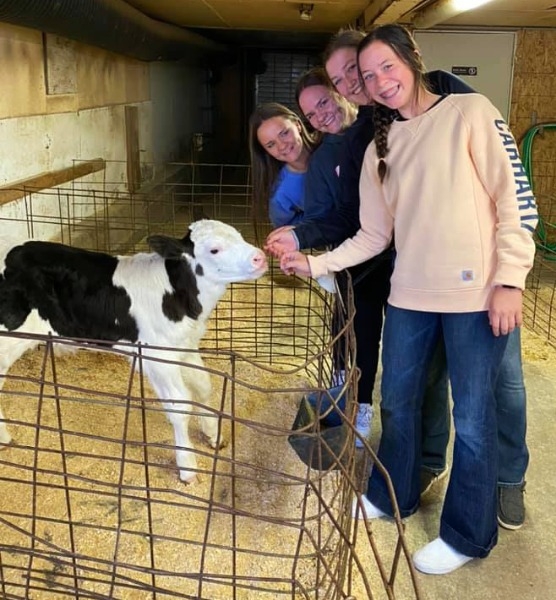 To complete our dairy unit, the Animal Science class had the opportunity to tour Stensland Dairy on Tuesday, October 19. Thank you to Doug Stensland for the great tour!

Stensland Family Farms was first homesteaded over 100 years ago by Tobias Stensland.  Arthur Stensland (son of Tobias), was married in 1952 and began his dairy operation with only 12 cows. Art's young sons grew up milking and working on the farm. Eventually, Doug (the oldest son) joined his father in the operation. They decided to retire the dairy operation - tear apart and sell the equipment. Fast forward to 2003 and grandson twins, Jason and Justin (17 years old) approached their grandfather Art about restarting the dairy as a means to earn money for college. Doug and Mona helped the boys acquire the funds needed and with the knowledge from their father and grandfather they began putting hours in before and after school, milking twice a day with the help of their younger brother, Kyle. Over the next 8 years, the dairy would grow to a robotic system milking 250 cows.  In 2015, the farm broke ground for the creamery where we now process milk, cheese, and ice cream. The entire family operation has grown to include Jason and Justin, along with their families, their brother Kyle, parents Doug and Mona as well as their sister Leah (Stensland) Moller.  source: Stenslandfamilyfarm.com