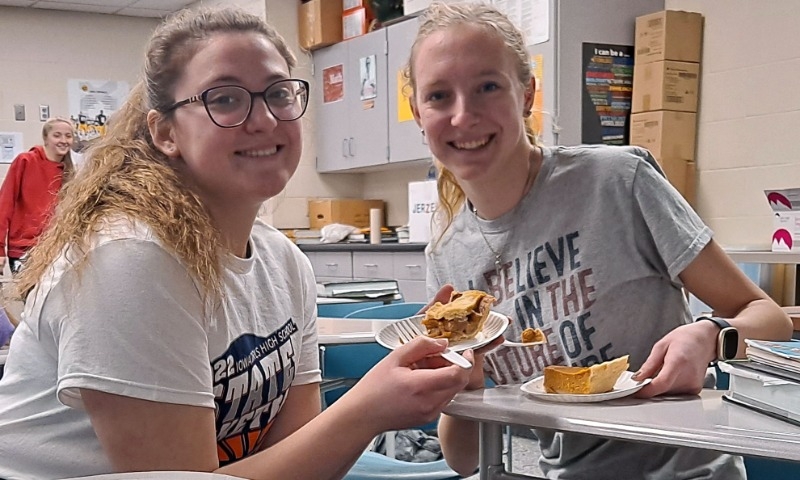 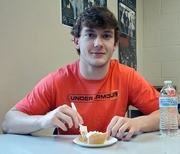 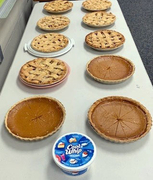 On Pi day, March 14th, Mr. Wright brings brings pies and cookies for his students. This year he brought a total of 10 pies, three pumpkin and seven apple pies that he made with his mother. He also brought chocolate cookies for those that don't like pie. March 14th is considered Pi day because the first 3 digits are 3.14 and as March is the third month of the year you would celebrate Pi day on the 14th day of that month.

Many math teachers all over the world have different ways of celebrating Pi Day, most of which include some circular food. Mr. Wright does not remember how many years he has brought pies to school for Pi Day. In the past he has used pies, Oreos, chocolate chip cookies, cupcakes, and anything round in celebration of the irrational number. When he told his mother that he wanted to celebrate by baking pies she offered her expertise by baking for the students. Even though he brings apple and pumpkin pies, he thinks apple is the most popular. Mr. Wright has admitted that he probably gets way too excited for Pi Day but hopes it rubs off on his students. He also uses it as a day to get out of the books and do some fun activities relating to Pi. It is also a day where he gives the students a break from the grind of math curriculum, even if it is only one day.