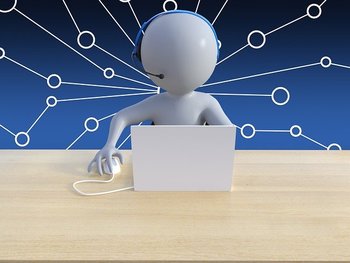 Parent How To Videos/Articles

How to find your student's username and password & login to Canvas

How to change notification settings in Canvas

How to Connect to a Microsoft Teams Meeting as a Student

How to Navigate Into Reading 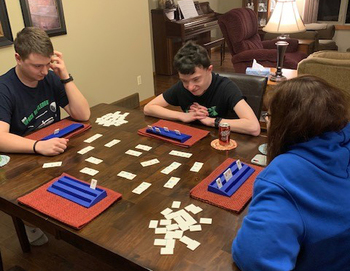 The Spring of COVID 19

How are Central Lyon staff and students spending their time at home during our school closure? Distance teaching, distance learning, video chatting, checking in on each other (at a distance), exploring hobbies, and more! Check out the image galleries to see how everyone is coping. If you'd like your picture added, email it to dsnyders@centrallyon.org.

Now is your chance to take part in a murder-mystery game! View the first episode released March 30, our first official day of distance learning at Central Lyon. Future episodes will appear under the "Student Life" tab. Click here to check out the list of suspects.

"There is a teacher found murdered at school," said high school library associate Stacie Haselhoff, who developed the just-for-fun school wide activity. "There are 11 suspects played by high school faculty members. Students and staff will have a chance to solve the case." In a normal murder-mystery game, players would get a chance to interview and ask suspects questions face to face. "Since we are opening the game to all high school students, I needed to come up with a way to make the information easily accessible," Haselhoff said. "My idea is to take the information needed and make it into a newscast." Students play news anchors, reporters, and videographers who go out into the high school and interview the suspects. No date has been set yet for when the newscast will go online, but the goal is for sometime in February. "We are hoping to get all of the segments taped and edited, then they will be released one a day for 11 days onto our school website," Haselhoff said. "In addition to the daily news, we are taping fun commercials/skits to go along with it." She gave the example of a newscast being brought to viewers by Central Lyon's math department. "This was added for fun and a way for many students and staff to be part of the videos," Haselhoff said. "We have a bulletin board in the library that will have a mug shot of each suspect," she continued. "Anyone who wants to participate can click on the suspect list above and print it to fill out and determine 'whodunit.'"

Mrs. Haselhoff enjoys coming up with fun library ideas for high school students and staff members, especially indoor ones during the winter. "The students and teachers are having so much fun with it," she said. "It's been fun watching everyone come together. I love playing games with my own kids; this is the same on a much bigger level. "It's not only fun, but also a great learning experience," she said. "The activity will be open to all of the high school --- the bigger the better. I hope to hear many great conversations on who students think committed the murder." She explained where the idea for the murder-mystery game came from. "Mostly it came from my love of playing board games," Haselhoff said. "I found an example online that we used for characters, and we are improvising the rest. I believe this is the first time anything like this has ever happened at our school," she said. "As far as if it will happen again, we will see how successful this one ends up being."

We The Lions is a compilation of historical information of interest to the community of Central Lyon and its alumni. Prior to We The Lions there was no history of our graduating classes, sports, or clubs. Mr. McDonald and Mr. Schmidt initiated a paper copy of Central Lyon history in a 1999 May Term Class. The web version is now updated by the web page class. You will find records, rosters, and other interesting pieces of Central Lyon history at this site. This site is a continuous process. Check this site often to see what we have . . .

The Central Lyon Foundation funds Lion Grants, a program that encourages exceptional ideas that will improve the educational process.  It is designed to stimulate the development of projects that will improve instruction, but not serve as a primary source for equipment, materials, or operational revenue.  The program provides resources to educators to implement creative ideas at their school or in their area of responsibility.  The awards are an avenue to explore, develop and refine the educator's ideas for improving the education of our students.  Any . . .

Student of the Month Award

The Student of the Month Award was created in 1992.  This award was designed to promote good citizenship, academic effort, and involvement in school and community activities.  This is neither a senior nor an honor student award, but rather one that is earned by any student's hard work and cooperative attitude.  Since the original award has evolved into a senior student of the month award, an underclassmen student of the month award was added in 2011. 2019-2020 Seniors of the Month September - Jay W. December - Joe T. March - Farrah L. October -  Emma C. January -  Allie G. April -  November -  Samantha E. February - Cody H. May -  Underclassman Students of the Month September - Lauren L. December - Hannah Z. March - Kaylee D. October -  Grace H. January -  Josh R. April -  . . .