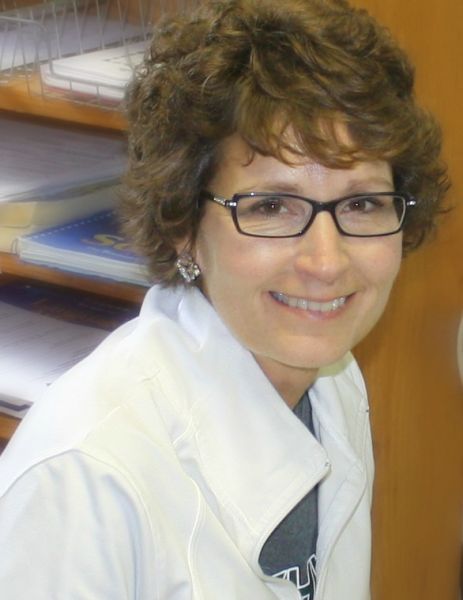 Hello!  I am Amy Sieperda and I teach elementary art.  I have taught at Central Lyon since 1999.  I grew up in Orange City, Iowa and graduated from Northwestern College. I enjoy teaching, especially building relationships with students.

Rock Rapids is where I live now.  My husband is Scott, he is a partner at Sieperda/Foltz Insurance Real Estate.  My oldest daughter, Sabrina, graduated from Morningside College in Sioux City.  Her and her husband, Nate DeJong, have a chiropractor practice in Sioux Falls. They have two sons, Jagger and Crew, they also have a daughter named Larkin. Hunter, my second child, is employed at Farm Bureau in Rock Rapids.  He's married to Karlee and they live south of George. They also had two sons named Hudson and Cameron. My youngest child is Ivy Mae, she is in her first year teaching in Ft. Collins, Colorado. She also lives in Ft. Collins, Colorado. My youngest "child" is a pet dog, Lucy.

My goal is to be the best teacher I can.  I hope my students will grow and benefit from being in my class.