Lyon Rural Electric Cooperative is again sponsoring a Washington Youth Tour Contest.  The Youth Tour will be June 17-23, 2023.  REC will provide an all expense paid trip to Washington, DC for two high school juniors in Lyon REC's service area.  Parents DO NOT need to be members of Lyon REC, they just need to reside in our service area.

This contest will consist of a written test based on information about the local REC and the history of Rural Electrics and other criteria contained in the two study manuals provided by Lyon REC.

You can find more information by going HERE. 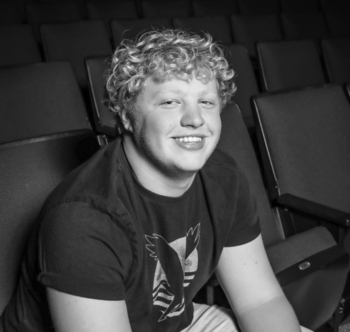 January Senior of the Month

January’s senior Student of the Month  is one that needs no introduction! You may see him on the football field, performing on stage, or active within the FFA. Chase is also involved in choir, band, jazz choir, jazz band, FCA, and performing in May term plays and all-school musicals. His favorite class is AG Welding, favorite sport is football, and favorite food is chicken. In his rare free time, he enjoys playing Xbox or hanging out with friends. He lists Top Gun as a favorite movie.

His determination to set personal goals of achievement and success is extremely commendable. Winning a state championship in football and securing the lead role in the musical his junior year are accomplishments that make Chase most proud. He also strives to be successful within the classroom and is determined to strive for excellence in all of his endeavors.

Congratulations to January’s Senior Student of the Month – Chase Thedens. 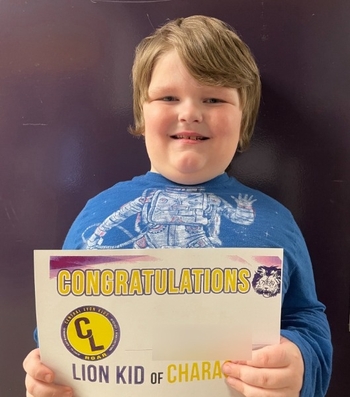 Elementary students at Central Lyon are taught that our four core expectations are to Respect All, Offer Help, Accept Responsibility, and Reach Expectations (ROAR). Staff acknowledge students following those expectations by giving them “ROAR cards” to point out what they were doing well. The cards are collected in a tote by the office. The cards are counted and six ROAR cards are drawn to recognize students who have demonstrated our Central Lyon ROAR expectations during that month. These students are known as “Lion Kids of Character” and are awarded a certificate to thank them for demonstrating our core expectations. Congratulations to these Lion Kids of Character! Way to ROAR!

Congratulations to the December Kids of Character! Way to work hard and ROAR! 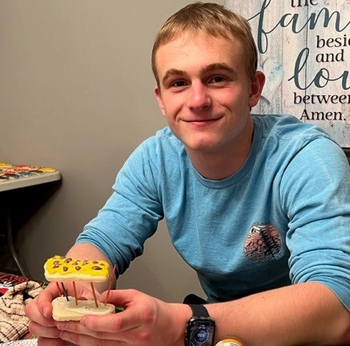 Being a member of the student council comes with many responsibilities. This includes organizing dances, helping the lunch staff, and attending many meetings. However, there are a few more unorthodox tasks the job entails.

This year was the seventh year the student council frosted cookies to use for class prizes on the school's Christmas trivia day. This year's December trivia day was hindered by bad weather, so it was decided to save the cookies for the winter formal held in January. Mr. Wright, who baked the 250 cookies, offered to host the Student Council. With help from Mr. Wright, Mrs. Wright, and Mrs. Harman, the student council frosted over 250 cookies for the winter formal. Thanks student council!

Social Media and Its Effects

Social media is certainly unprecedented. The ability to share information with millions of people on a whim was a far-fetched idea just a few decades ago. Today, this ability has been given to almost every impressionable young adult in the modern world. It goes without saying that this can have unpredictable effects.

It may be difficult for the older generation to understand the appeal behind social media, but for today’s students, it couldn’t be clearer. Social media provides a sense of community that many students can’t find elsewhere, especially if they live in a smaller town. “Social media always made you seem like you had more friends … You felt more popular or more like you fit in.” one student remarked.

Another positive aspect of social media is its potential for education. One student said, “I've always used social media as a way of learning new things and sharing ideas.” As many students know, social media can help a lot if they don’t understand class material, especially for students who might not have access to their teachers. Communication is another benefit that comes from social media. As one student said,” [Social media] has helped me connect with friends and family who live far away.”

While social media can have many positive effects, it goes without saying that it has a few issues. One student remarks, “While social media is often great, polarizing things are the easiest for platforms to promote. Because of that, you see a lot more of the bad than you do the good. It can be tolling if you let it affect you.” Polarization is certainly a big issue, and social media doesn’t do much to help. For example, apps like TikTok promote videos based on how much interaction (comments/likes) they receive. Because of this, if someone posts controversial content (political issues, recent celebrity drama, etc.) They are more likely to get comments in support or against what they are saying, which causes the video to be promoted to more people. These people will also comment their thoughts on the subject, which gets the video more comments and more promotion from the TikTok algorithm. Processes like this will often get the most toxic content promoted to the most people.

Another issue with social media is the spreading of rumors. Rumors have always been a problem, especially among high school students. With social media allowing information to spread faster than ever, it’s no surprise that its also exacerbated the issue of spreading rumors. “A rumor spread through our grade about a few girls, and it definitely hurt their mental image of themselves,” one student recalls. Rumors have never been good for anyone’s mental health, and there’s no debate that social media has made this issue worse.

“There are so many instances that I can think of where social media had a negative impact on me … if I were to explain, I'd need to write a whole book.” These words from one student reflect the way many feel about this issue. However, another student’s opinion stands in contrast: “I’ve gotten negative comments, but I don’t take them seriously because it’s a waste of time to worry about what others think of me." Overall, the merits of social media is a very divisive topic among the student body.

Teachers who took the survey had a very different set of comments and concerns about social media. One teacher pointed out "Students are not as good at communicating with others- either written or verbally." Another teacher's response brings attention to social media's effect on the political climate: "Many [on social media] voice political 'opinions' based on blatant untruths." However, not all teachers who took the survey see social media in a negative light. One teacher finds that social media has helped the school's art programs reach a wider audience. "The sculpture and ceramics classes have a different way to get their artwork viewed," one teacher remarks, "Previously, it was only the kids in the class that would see the works, now it is anyone who follows or has Instagram."

Overall, there is a wide variety of opinions about social media. The issue is as divisive at Central Lyon as it is anywhere else.

Join us in welcoming Miss Martin to Central Lyon! She will be student teaching in our 2nd grade classroom from January - April and we are so excited to get to know her better.